This year we've done lots of remixes, but this one has been a real hit on JunoDownload!  It's a track by Smokey Bandits (aka Basement Freaks.)  Listen and (we hope) enjoy.
Posted by Los Chicos Altos at 12:37 PM No comments: 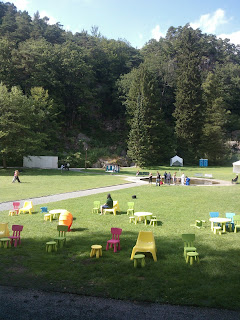 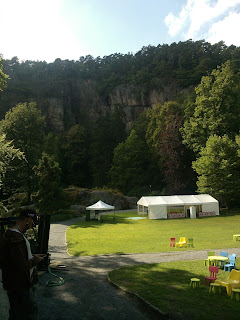 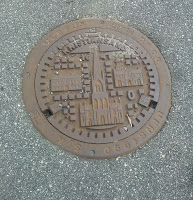 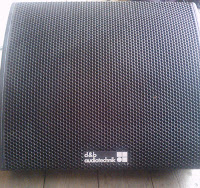 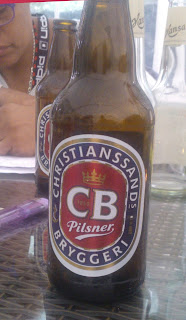 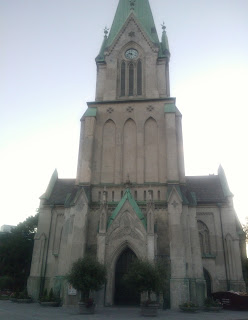 Posted by Los Chicos Altos at 2:06 PM No comments:

The full album of Turntables On Las Ramblas (compiled by Nickodemus) has finally been released and you can buy it from Wonderwheel Records or the usual places (iTunes, etc.)  We also have a few remixes done for other artists which have come out recently, "Dualidad" for von Daler & Low Pressure ft Indee Stylah and "African Life" for Sonic Funk Foundry.  Coming out on the same label as "African Life" is an single that you should check out as well, "Roots Down Low" by Native Guard on Spring Strut Recordings.  We are not a part of that release, but it's really good music...  If you haven't heard it already, you should definitely listen to our recent show for Radio SoLoud on Soundcloud.com.

Thanks and see you soon at one of our gigs!
Posted by Los Chicos Altos at 11:28 AM No comments:

This Friday we (i.e., Los Chicos Altos) are very grateful to be playing music along with the great DJs Sujinho and Nickodemus.
This gig is a celebration for the EP, Turntables On Las Ramblas, released this month by label Wonderwheel Recordings from New York!  The EP has tracks by us, Dj Sabo, Sujinho, Nickodemus and Quantic!  Also, we're going to spin (all of us) in two venues - Ocaña in Plaza Reial and later in The Family Music Club on Las Ramblas!  We will play groovy music in Ocaña and play heavier at The Family Music Club...
Put your name on the wall with how many friends are coming here:
Turntables On Las Ramblas Facebook
Posted by Los Chicos Altos at 6:21 AM No comments:

Best City In The World? (Los Chicos Altos In NYC) 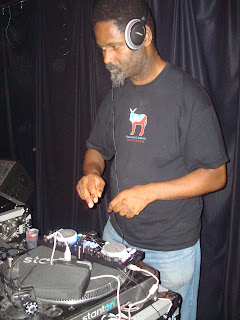 I, T-Bird, have always had a soft spot in my heart for New York City.  Manhattan, Brooklyn, Queens, Staten Island...  I still haven't been to The Bronx, the birthplace of Hiphop--although for a moment I thought (hoped?) we (Los Chicos) might be hosted there with a kind family.  It was a pleasure to be with Maxey on his first trip to "The Big Apple."  We had some really nice folks who put us up in  Williamsburg (Hey to Spencer, Joe and Jen!) our first night there.  Spencer & Joe both talked about Williamsburg being "Hipster Central."  There are definitely eateries, watering holes and shops that all support that assertion... Later we went to separate parts of Brooklyn, Max was in Bushwick and I was in Red Hook.
Our first gig was in the East Village, Manhattan with DJ Kevlar for his BirthDAG celebration at Arrow Bar.  Arrow is a true dive bar, with a lovely, no-nonsense crew who were great to all of us, but they did have to toss a slightly nutty guy out at the end of the night...
The next gig was in Bushwick, but Max had fallen ill, so I had to represent for both Chicos.  "Bushwick Bounce" was held at The House of Yes and was put on by Dallas Wonderland of One Good Reason.  The headliner was Rusty Lazer from New Orleans--the home of "bounce" music (NOLA's version of "Dirty South" hiphop)--and hence the name "Bushwick Bounce."  DJ Dirty Finger  opened up with a nice mix of bass music, followed by $mall Change who played some more bass before taking us on a trip through some NOLA classics and closing with a bounce track based on "Iko Iko..." This lead perfectly into the headlining set from Rusty Lazer featuring Nicky Da B.  Los Chicos were next in the lineup after the hard-hitting bounce set...  I started out with some of our sexier "tropical bass" to smooth out the vibe, while still keeping the energy upbeat.  The crowd enjoyed the variation in my set, particularly the stuff with fat bass tones...  The closing set was by Joro Boro, a Bulgarian transplant to NYC who's worked with Balkan Beat Box, Bassnectar & Tinariwen.  Given those references, it's no surprise Joro's sound was quite global and still on the fat bass tip.  A bit more dub-step than Los Chicos Altos, but still in the vibe and the crowd ate it up.
I'm very happy that we made fans at our various gigs in NYC and we managed to have a great time doing it...
Next stop, San Francisco!
Posted by Los Chicos Altos at 7:28 PM No comments: 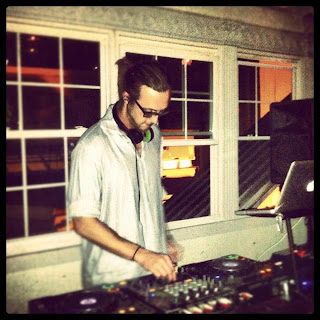 Washington DC loves Global Bass! Washington DC loves Los Chicos Altos!  Our first gig on the East Coast of the USA was on the patio at Eighteenth Street Lounge along with "El Jefe," Mikael Palner of UrbanWorld Records.  In the main room was Fort Knox 5's Steve Raskin & Jon H who were our hosts. Steve said "We were trying hard to keep people in the main room--everyone was going out to the patio!"  He & Jon were actually really happy for us and the response we got.  We went to see them the next night in their new residency at Tropical on U Street.  The sound was perfect at Tropical and it had a real underground NYC kind of vibe to it...
Many thanks to the Fort Knox organization (Hi Andy!)
Next stop, NYC...
Posted by Los Chicos Altos at 9:38 AM No comments:


The Chicos are hitting the road today!  Maxey & T-Bird are headed out to the USA...  Our first gig is Friday 9/21 in Washington DC at the world-famous Eighteenth Street Lounge, which is associated with the downtempo group, Thievery Corporation.  The main room features Fort Knox 5 vs Thunderball and we're in the patio with Palner, head of UrbanWorld Records, celebrating the release of Global Bass Vol. 3 Compilation!  A few days later we're in NYC with DJ Kevlar for his "BirthDAG Fiesta" Wed 9/26 at Arrow Bar in the East Village.  Friday 9/28 we celebrate Global Bass Vol. 3 NYC-style at SOB's and we close out our week Saturday 9/29 with DJ Center at Brooklyn Terrace.  Thursday 10/4, T-Bird represents Los Chicos along with  Stereo 77, Palner and the residents of Afrolicious at San Francisco's Elbo Room.  About two weeks after that, Saturday 10/20, he will again perform as Los Chicos Altos in Vienna's Ost Klub with fellow UrbranWorld artist Al Lindrum.
Posted by Los Chicos Altos at 11:24 PM No comments:

Quíen somos - Who we are

We are Maxey Blaze & T-Bird, two tall guys, who DJ and make music together.